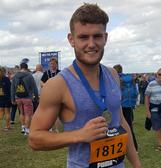 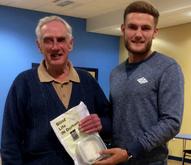 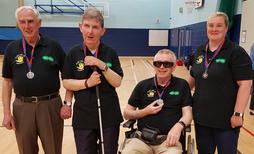 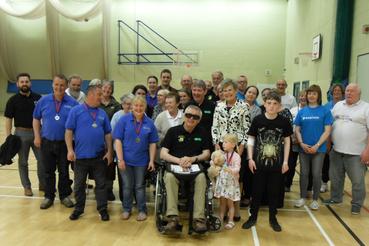 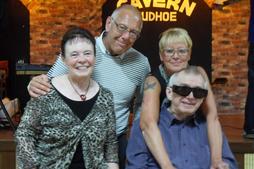 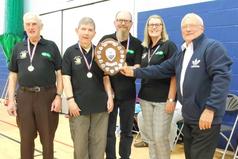 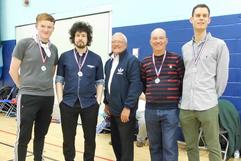 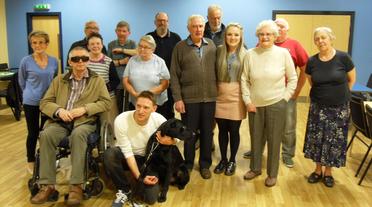 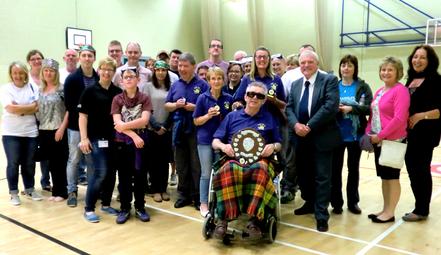 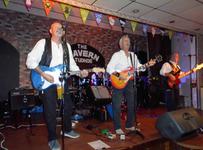 Our annual Charity Night was again a success and the evening was opened by the Mayor of Spennymoor, Elizabeth Wood.

The raffle was drawn by   Deputy Mayor, Liz Maddison.  The raffle raised £358 pounds, so well done to everyone who bought a ticket.

Thank You.    The entertainment was provided by Travlin' Band, who played a mixture of 60's and 70's music which got people up

dancing and everyone enjoyed themselves.

Our annual Blind Awareness Event was held once again at Wolsingham Sports Centre on Wednesday 5 June 2019.  We had eight teams entered who were: The Real McCoys; Durham Community Action 1 & 2;  C A Cast; CA Cast Offs; The Mix Ups; Ambulance Service; and Wolsingham School.  This year the winners were The Mix Ups and the Real McCoys were runners up.  There were prizes for the best mask, which was chosen by Anita Atkinson, and Guess the Cuddly Toy's Birthday, which was 5 September.  There was a lovely buffet provided and a good night of fun and laughs was had by all.

Once again everyone enjoyed themselves this year at our annual Charity Night which was held at The Victory Club, Tudhoe.  The band was TimeCheck who played a selection of hits from the 60's and 70's.  The Mayor of Spennymoor Clive Maddison, Mayoress Liz Maddison and Deputy Mayor Paul Humble and his wife Clare Humble were in attendance.  The Mayor opened the evening with a few words and the Deputy Mayor did the raffle.  A brilliant night was had by all, and a big Thank you to everyone that came along.

Blind Awareness New Age Kurling Competition
Our annual Blind Awareness New Age Kurling Competition took place on Wednesday 6 June 2018 and was sponsored by Specsavers Bishop Auckland.  There were 8 teams entered and the prizes were presented by the Chair of The 3 Towns Area Action Partnership, Eddie Tomlinson.  The teams were: Alcocops; CA Cast; CA Cast Offs; Friends Reunited; Police; Real McCoys; Wolsingham Primary School; and Youth Forum.  It was really close this year, the winners were the Real McCoys and runners up were CA Cast Offs.  They both had 8 points but the Real McCoys won by having won more games.

This year our annual Charity Night was held at Tudhoe Victory Club and the entertainment was provided by Mark Hodgson.  The event was   opened by Cllr Alan Gardner.  We raised £275 from ticket sales and £426 from raffle ticket sales, making a total of £701.  Santander are able to increase the money by a further £426.

​ Samantha Nicolson completed the Great North Run in 2 hours and 22 minutes and was the first time she had entered the run.  She raised a total of £542 and members raised a further £325, making a total of £867.

​We had another good year for the Blind Life Awareness Competition with eight teams entering.  They were: Blind Life 'Real McCoys'; C A Group; Barclays (Teams 1 and 2) ​Wolsingham Primary School; TSB; Police; and LEAPs.

​The Winners this year were Barclays (Team 2) and the runners up were the team from ​LEAPs.  Both teams were presented their trophies and medals by ​The County Durham Lord Lieutenant, Sue Snowden.  Sue chatted with several of the players and was impressed by what the ​charity does for its members.

​The amount raised on the night was £440 and Guess Teddy's Birthday raised £38.

The Great North Run
One of the members, Jack McGrath's  great nephew, Corey Nicholson ran the Great North Run on behalf of Blind Life in Durham, completing the course  in 1 hour 45 minutes.and raising an amazing £500.

Below is a photo of Corey after the run and then a picture of Corey presenting Jack with the money rasied.  Well Done Corey and Thank You!

The Blind Life Awareness Competition, sponsored by Specsavers in Bishop Auckand, was another really good year.  Six teams took part;
2 from Barclays: 1 Durham Police;  1 from Thorn's; 1 from LEAPS; and 1 from Blind Life in Durham.  The Real McCoy's (Blind Life) won again with the team comprising of Julie Fox, Emma Gilfoyle, Elsie Snowdon and David Stephenson. The LEAPS team were runner's up and the best blindfold was won by a lady  from Thorn's.

£343 was raised on the night and £100 was donated by North Star Housing and Gregg's in Crook provided some of the buffet.  An employee
from Barclays hopes to double the £443 with their Employee £ for £ scheme.